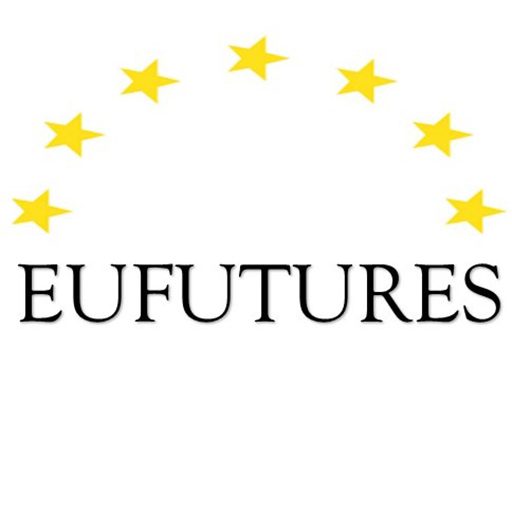 The EUFuturesBlog hosts contributions which consider how to connect interdisciplinary approaches to EU law, policy and politics. More information can be found here.

Dr Xinchuchu Gao is a Fellow in European Political Economy at the European Institute, London School of Economics and Political Science.

The content of this post was presented at the launch workshop of the EUFutures Research Network held at City, University of London on 4 November 2022.

In this post, we argue that research on soft law in the EU’s external relations may benefit from theoretical and empirical insights from Political Science & IR (e.g. Norm and policy diffusion literature). Drawing from both International Relations literature and legal scholarship, our research seeks to bridge existing scholarly discussions on the EU’s normative power in international politics and the EU’s influence on the global/regional legal order by examining the EU’s soft law diffusion in ASEAN.

Since the inception of the concept of Normative Power Europe (NPE) (Manners 2002), there has been a vibrant debate over the role and identity of the EU based on the key assumption that the EU acts as a sui generis international actor that is capable of promoting a set of universal norms (e.g. peace, liberty, democracy, human rights, rule of law) in international politics. Whilst the NPE debate has attracted tremendous scholarly attention in the field of Political Science and International Relations, it gains relatively limited traction among EU law scholars. This is primarily due to a lack of interdisciplinary dialogue and mutual engagement between different disciplines in EU studies. To mitigate this gap, this research revisits the concept of NPE by drawing on the existing literature of soft law – a controversial yet useful term which helps uncover the complexity of the EU’s legal system while placing the impact of EU law in the wider political context.

We argue that there exists a high level of compatibility between NPE scholarship and the literature on the EU’s soft law. More specifically, both scholarly camps attach great importance to the concept of ‘norm’ and the processes of norm diffusion. For example, normative power has been defined as ‘the ability to shape conceptions of “normal” in international relations’ (Manners 2002: 239). The source of NPE derives from a set of universal values including five ‘core’ norms (peace, liberty, democracy, rule of law, human rights) and four ‘minor’ norms (social solidarity, anti-discrimination, sustainable development, good governance) (Manners 2002, 242–3). Since Manners’s original article, a large number of scholars have adopted the concept of NPE to stimulate critical reflection on the EU’s ideational power in world politics. Many scholars used the concept to inform empirical investigations of how the EU promotes its principles, such as human rights (Lerch and Schwellnus 2006), labour rights (Orbie 2011), or more specific norms or policy items such as R2P (Newman and Stefan 2019) and regionalism (Lenz 2013).

Taking a closer look at the literature on the EU’s soft law, one can observe that legal scholars also pay much attention to the concept of ‘norm’. For instance, according to Saurugger and Terpan, soft law refers to those norms situated in-between hard law and non-legal norms, whereas hard law corresponds to the situation where a hard obligation (a binding norm) and hard enforcement (judicial control or at least some kind of control including the possibility of legal sanctions) are connected. Non-legal norms follow from those cases where no legal obligation and no enforcement mechanism can be identified (e.g., a declaration made by the High Representative on an international issue). In-between these two opposite types of norms lie different forms of soft law: either a legal obligation is not associated with ‘a hard enforcement mechanism or a nonbinding norm that is combined with some kind of enforcement mechanism.’ (Saurugger and Terpan 2015, 5).

Considering that both NPE scholarship and soft law literature seek to interrogate the substance of EU norms and the processes of norm diffusion, we argue that analytical tools from diffusion literature (e.g. Gilardi 2012) can be used to provide a more sophisticated framework to understand the processes of the EU’s projection of normative power as well as the diffusion of soft law.

In diffusion literature, diffusion is widely defined as a consequence of interdependent decision-making (Gilardi 2012, Solingen 2012). Specifically, it examines how prior adoption of a trait or practice in a population alters the probability of adoption for remaining non-adopters (Strang 1991). More importantly, diffusion literature categorizes diffusion items according to specificity level: (1) overarching ideas with low specificity, (2) governance models with mid-level specificity, and (3) precise policy settings with high specificity (see for example Klingler-Vidra and Schleifer 2014). Diffusion literature therefore attaches equal importance to overarching norms and concrete legal instruments and policy prescriptions. In other words, it encompasses EU externalization of both general norms and precise laws, policies, and regulations. By doing so, it serves as a bridge between the conventional NPE literature and EU legal scholarship.

At an empirical level, we examine how the EU has promoted a set of overarching economic and market-related norms which have incrementally been translated into soft laws across multiple sectors in the ASEAN region. Specifically, tables 1 and 2 show various types of norms that the EU has sought to promote in relation to ASEAN in the economic sphere and how the EU has attempted to externalise its market-related regulatory measures and policies (many of which fall within the definition of soft laws) in the ASEAN region.

Table 1: Types of EU norms according to the level of specificity In conclusion, by examining the EU-ASEAN interactions, our research seeks to contribute to promoting interdisciplinary dialogue between Political Science and legal scholars who are interested in exploring how various types of norms and soft laws diffuse travel across different cultural and political contexts.

Assessing the EU’s normative power through the lens of ‘soft law’ diffusion: a case study of the EU’s promotion of economic norms in ASEAN |

UACES, IACES and Ideas on Europe do not take responsibility for opinions expressed in articles on blogs hosted on Ideas on Europe. All opinions are those of the contributing authors. The content is licensed under a Creative Commons Attribution - NonCommercial - ShareAlike 4.0 International License.

The map in the Ideas on Europe logo is an abstract map. It does not imply the expression of any opinion whatsoever on the part of UACES, IACES and Ideas on Europe concerning the legal status of any country, territory, city or area or of its authorities, or concerning the delimitation of its frontiers or boundaries.